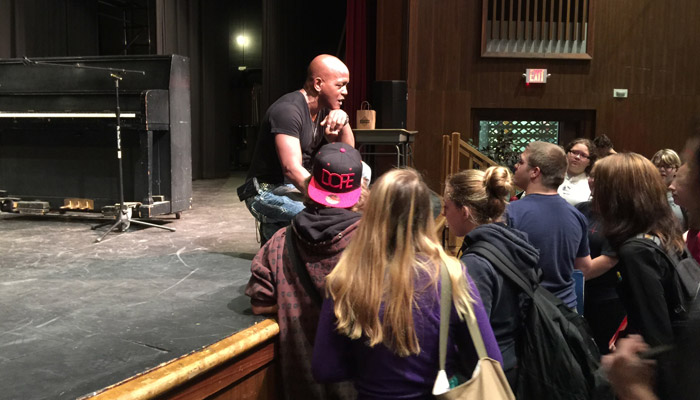 How Joseph Wooten and YANAF connected… 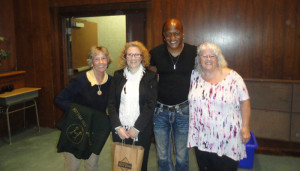 You Are Never Alone Foundation has celebrated Worldwide I MATTER, YOU MATTER Day on March 28th for the last 4 years. When Joseph Wooten heard about the day through Facebook, he contacted founder, Salley Gibney and offered his I Matter, You Matter song and video to be included in the celebration. He then agreed to come to Vermont to appear on Salley’s Let’s Talk Show on GNAT-TV at which time a partnership was formed. Joseph loved YANAF’s message and Caring Coins but felt we could add something more substantial like new blankets for the homeless. Salley spoke with Chris Oldham, Director of the Bennington County Coalition for the Homeless, who agreed that a new blanket of their own would mean so much to a homeless person or someone in transition.

So Joseph Wooten, You Are Never Alone Foundation and Bennington County Coalition for the Homeless partnered to bring awareness to homelessness to our area and beyond through the Let’s Talk about Homelessness Program. With the help of Henry and David Chandler at Chandler’s 4 Corners schools, churches, groups and individuals are offered the opportunity to sponsor a new woolen blanket with the message I Matter, You Matter for a homeless person.

While in Vermont Joseph has shared the I Matter, You Matter message with over 2,500 students at BBA, Arlington High School, Mount Anthony High School, Spaulding High School in Barre, U32 in Montpelier as well as the Vermont Veterans Home in Bennington and folks in a homeless shelter in Barre, Vermont. When Salley asked him if this schedule was too much, Joseph replied “This is why I’m coming.”

View photos from Joseph’s visit and read more about the story here: